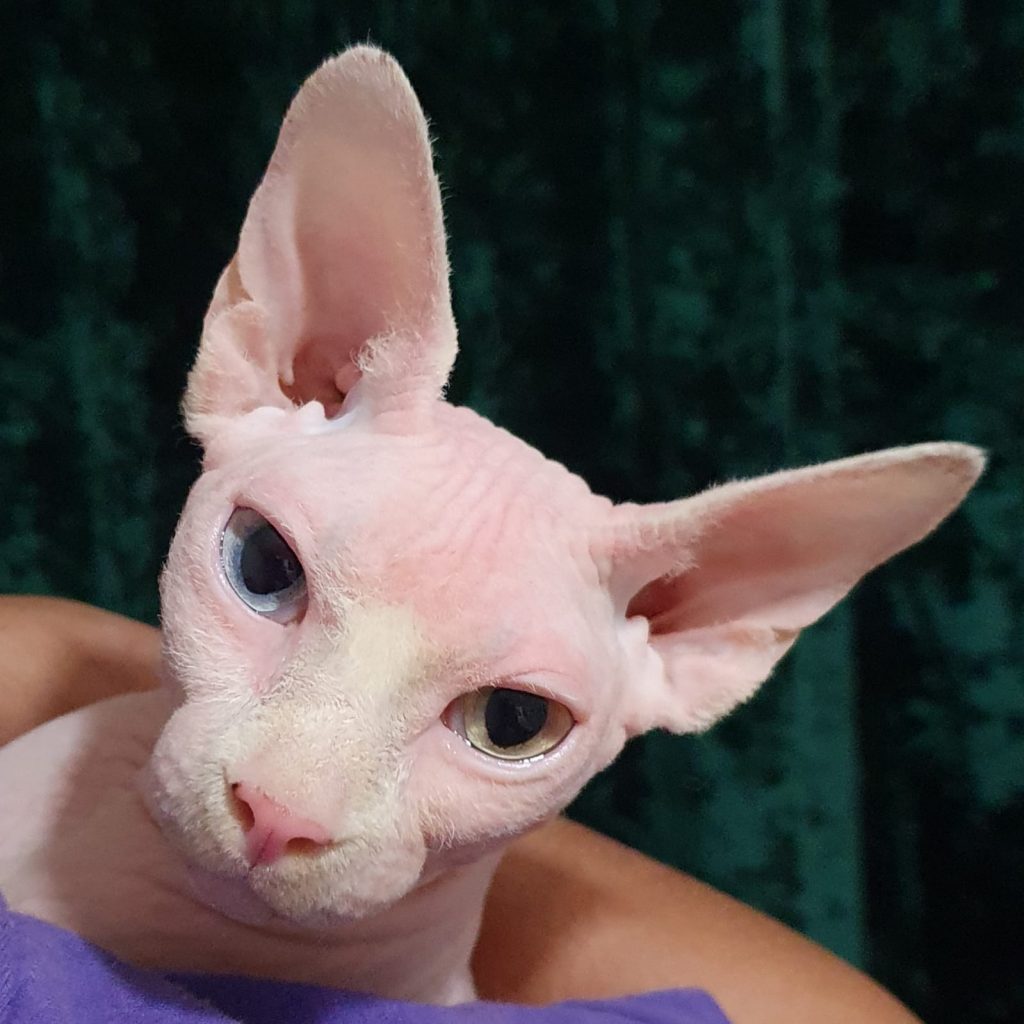 Odd-coloured eyes are a common phenomenon in certain cat breeds, such as the Siamese, Sphynx, and Turkish Angora, and is scientifically known as heterochromia. It is often observed in white felines; usually, an epistatic (dominant) white gene or white spotting gene prevents melanocytes (melanin granules) migrating to one eye during development.

Heterochromia may be complete, sectional, where part of the iris is a different colour, or central, with spikes of a different colour radiating outwards from the pupil. The most common of these is the complete form. Due to the white gene occasionally causing degradation of the cochlea, white kitties with one or two blue eyes have a higher incidence of congenital deafness. However, the good news is that heterochromia does not impair vision, and pusses with this condition are considered national treasures in Turkey, as breeders work to preserve and protect this unique trait. ❤