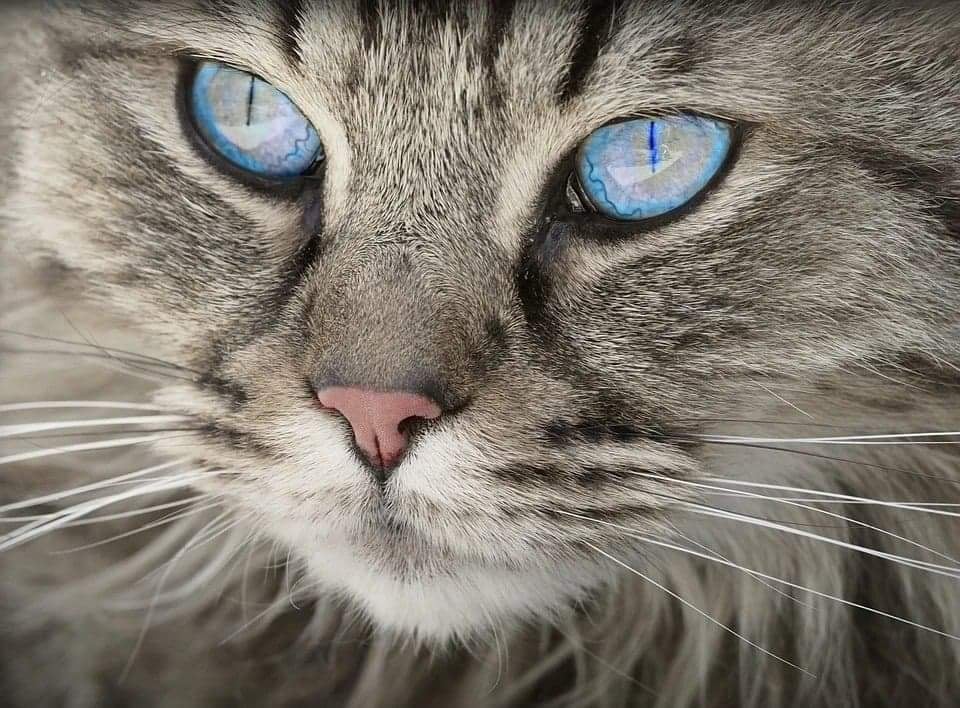 Just like us, cats communicate a great deal with their eyes. Have you ever noticed your feline blinking slowly at you? That’s a sign of love and trust; they are letting down their guard as hunters. Dilated eyes express excitement, fear, or surprise, but can also indicate pain. Therefore, it’s good practice to pay close attention to what is normal for your puss, and be aware of issues such as cataracts and glaucoma.

Cats struggle with vivid colours and are often green/red colour-blind, but fare better with violet-blue and yellow hues. Their grey-scale vision is good. Felines have an additional third eyelid, which provides protection and moisture for optimal vision.

Rather than having circular pupils, cats and many other smaller predatory animals have vertical slits. These work like the aperture of a camera, and allow for a wider range of muscle movement and more light entry. After all, felines are largely nocturnal creatures!

They are also thought to assist in gauging how far away their prey is, through depth perception and peripheral vision. So you’ll likely notice your cat has smaller slits during the day, which open wide when most active as evening draws in.

Those unique, luminous eyes have an added benefit – they reflect light and act like a torch, so vigilant felines can detect changes in motion, which better enables them to distinguish prey from predator whilst hunting in the dark. ❤